The Cigarette Case that saved a life, Changi Museum 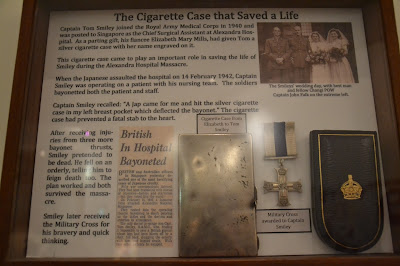 Captain Tom Smiley joined the Royal Army Medical Corps in 1940 and was posted to Singapore as the Chief Surgical Assistant at Alexandra Hospital. As a parting gift, his fiancée Elizabeth Mary Mills, had given Tom a silver cigarette case with her name engraved on it.

This cigarette case came to play an important role in saving the life of Smiley during the Alexandra Hospital Massacre.

When the Japanese assaulted the hospital on 14 February 1942, Captain Smiley was operating on a patient with his nursing team. The soldiers bayonetted both the patient and staff.

Captain Smiley recalled : " A Jap came for me and hit the silver cigarette case in my left breast pocket which deflected the bayonet." The cigarette case had prevented a fatal stab to the heart.

After receiving injuries from three more bayonet thrusts, Smiley pretended to be dead. He fell on an orderly, telling him to feign death too. The plan worked and both survived the massacre.
Smily later received the Military Cross for his bravery and quick thinking. 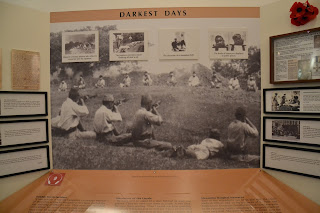 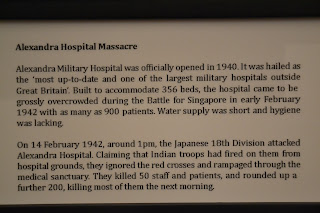